We were in Paris in September during Fashion Week and went to see my friend Alexandra Groover, the fabulous and innovative London designer. 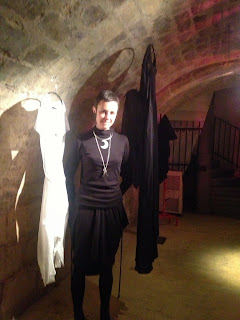 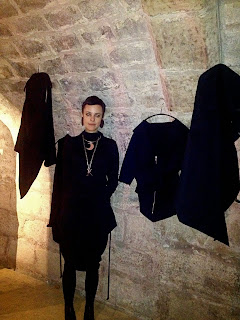 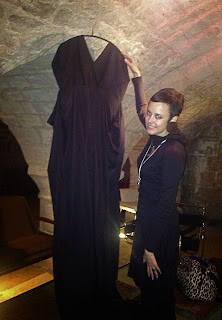 This season sees the premiere of REBIRTH, yet another installment in what was originally a trilogy of short films by Alexandra Groover. Following BIRTH, LIFE, DEATH, AFTERLIFE, and RESURRECTION, REBIRTH finally completes the cycle in the form of a piece made in collaboration with choreographer Christopher Matthews. To bring things full circle Groover boldly chose to show her event in the infamous Hoxton Square Bar, a site specific location known for it’s history of holding fashion week events, particularly when Groover first moved to London in 2002. Her decision to show in East London was also intended to highlight the fact that her clothes are designed and made locally in East London using organic fabric from English suppliers. Following AFTERLIFE and RESURRECTION, REBIRTH continues to explore the themes of emergence and separation, in addition to the transition into a new life. Taking inspiration from the quote “omnia mutantur, nihil interit” (everything changes, nothing perishes) from Ovid’s epic poem Metamorphoses, Groover has designed her entire monochrome collection by using both the positive and negative shapes from only a few pattern pieces and fabrics, creating surprisingly different silhouettes and shapes for each look. Filmed live by Maya Art and Wilbert Lati and photographed by Tom Medwell, the film footage and photographs are available to view on Groover’s website www.alexandragroover.com After studying at Central St. Martins and RISD, and working in the studios of Alexander McQueen and Zandra Rhodes, Alexandra Groover launched her first collection for Autumn Winter 2009. With press from i-D, Dazed, Vogue.com, Harpers Bazaar and Grey, and collaborations with cult bands SunnO))), Dave.i.d and Bo Ningen, Groover has rapidly gained a strong following within the fashion, art and music industries. “Alexandra Groover is a young designer whose jersey collection is both creative and wearable.” Sir Paul Smith, i-D Magazine

I am thrilled to have reached over 100,000 page views.  Although I have not been as consistent recently in my postings I still have loyal followers and viewers who are constantly searching for exiting ARTISTS new to them and stimulating posts which I always am striving to give you!

My Husband and I recently returned from another visit to the "CITY OF LIGHT" that I have loved always. I hope that you will be as thrilled seeing my new photos as I was taking them! Watch for more very soon.  Please excuse the lack of captions. I hope you agree that "a picture is worth a thousand words"! If you have any specific questions feel free to leave comments and I will reply to you promptly.
PLEASE FIND THE TIME TO LEAVE COMMENTS which will help me in choosing future posts.
With love & appreciation,
Rivian 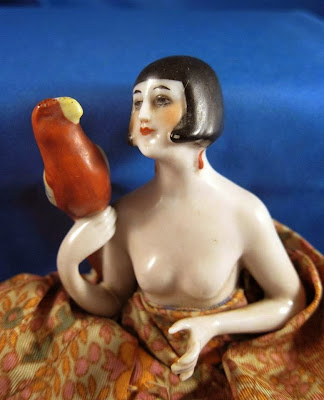 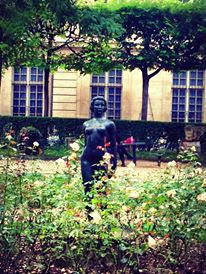 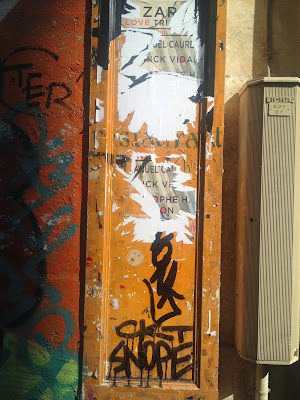 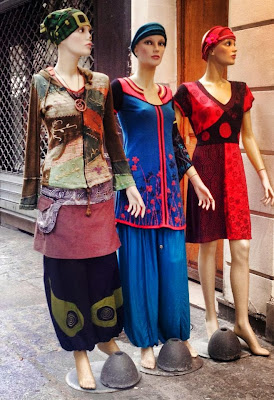 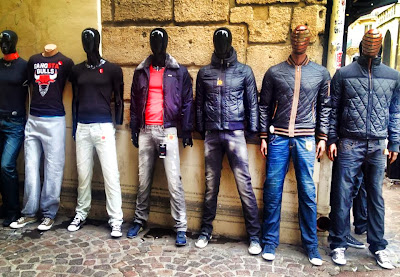 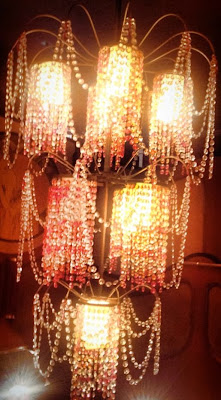 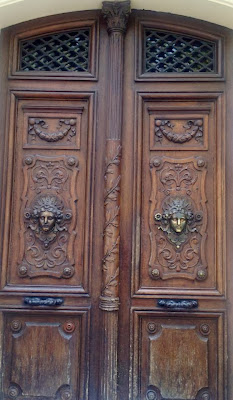 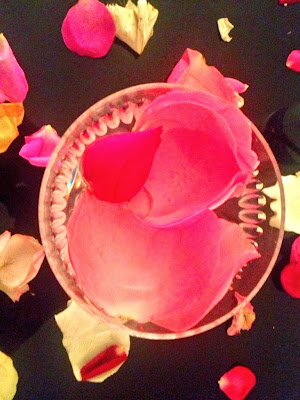 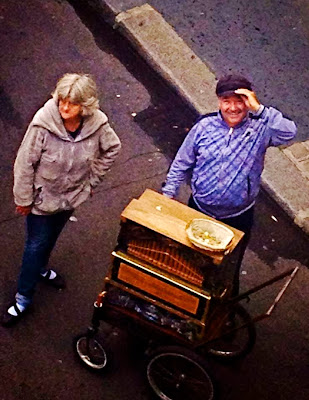 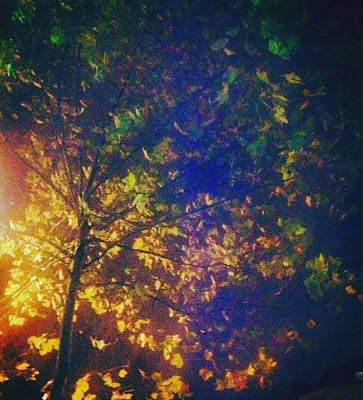 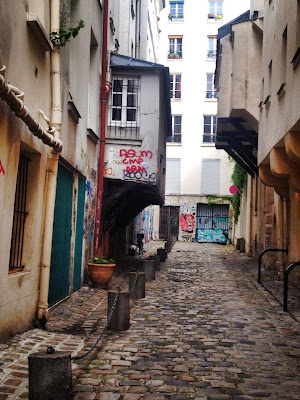 Following are some great ART that we just saw in Berkeley @ BAM,(Hoffman & Eisenman), and @ The De Young Museum in San Francisco.  ENJOY!

Hans Hofman (March 21, 1880 – February 17, 1966) was a German-born American abstract expressionist painter.  He was very talented in Math & Science but became interested in ART at the death of his Father.  He imigrated to the United States in 1932. He is widely known for his Abstract work, and is reknown for his ART & teaching both in Germany & the U.S.
The list of well known Artists, especially Abstract Expressionists who studied with him is long. He authored an infuential book "Search For The Real".  Hans Hoffman invented the term "push/pull". 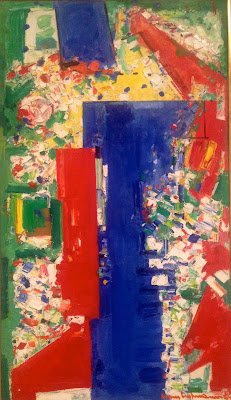 Hans Hofman
Richard Diebenkorn (April 22, 1922 – March 30, 1993) was a well-known 20th century American painter. His early work is associated with Abstract Expressionism and the of the 1950s and 1960s.His later work (best known as the Ocean Park paintings) known as the bay area figurative work were instrumental to his achievement of worldwide acclaim.


After WWII, the focus of the art world shifted from


the School of Paris to the New York School.


In the early 1950s, Diebenkorn adopted abstract expressionism as his vehicle for self-expression, influenced at first by Clyfford Still, Arshille Gorky, and William de Kooning. He became a leading abstract expressionist on the west coast. In 1950 to 1952, Diebenkorn was enrolled under the G.I Billin the Univ. of Mexico's graduate fine-arts department where he created a his version of Abstract Expressionism.  He lived in berkeley, CA. from 1955 to 1966. By the mid-1950s, Diebenkorn had become an important figurative painter, in a style that bridged Henri Matisse with Abstract Expressionism.  He also lived in in New York & Los Angleles .


Diebenkorn was extremely influenced by Henri Matisse,particularly his


French Window at Collioure,and View of Notre Dame.
Diebenkorn  taught at UCLA from 1967-1973. Richard Diebenkorn died due to complications from emphysema in Berkeley on March 30, 1993. 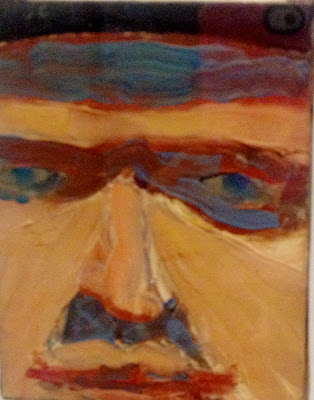 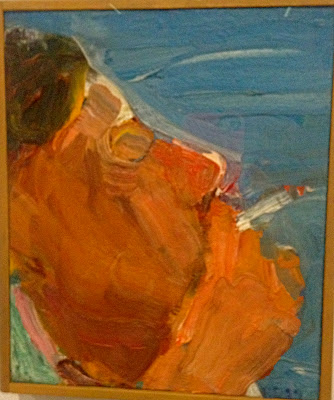 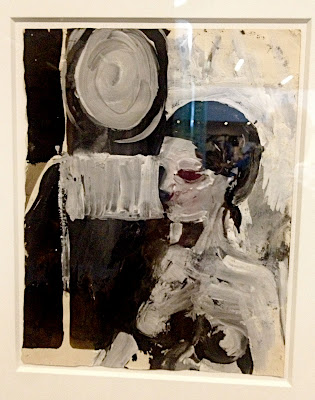 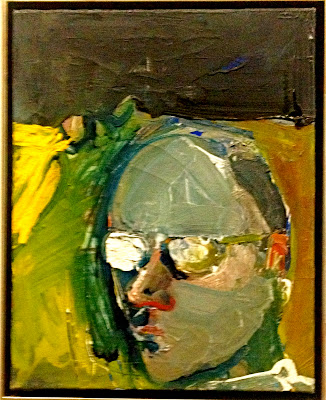 Nicole Eisenman is an American artist living and working in New York City. She received a bachelor of Fine Arts degree from the Rhode Island School of Design in 1987. She was an exhibited artist in the 1995 and 2012 Whitney Biennials.
Her work flows through various genres with wit and story telling, "Masterful in their utterly peculiar originality".  People drinking, eating, having sex, red noses, backward bodies patched rag dolls, like beings from some strange planet. Her imagination is far reaching , influenced often by Art History!  Some of her favorite Masters are Munch, Picasso, Renoir & Bonnard.
I find her work some of the most exciting I have seen recently.  Some of the ones that were my favorites were large groupings of Monotypes, however there wasn't a piece at the show @ BAM that was boring. I was thrilled to have gotten to see her exhibit because it was the last day! 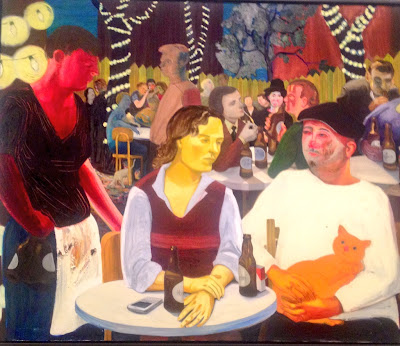 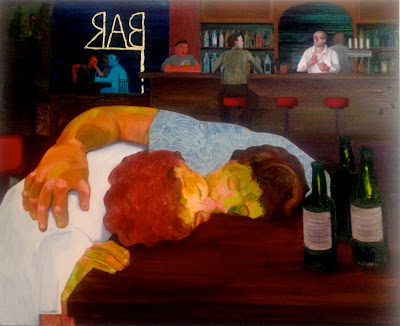 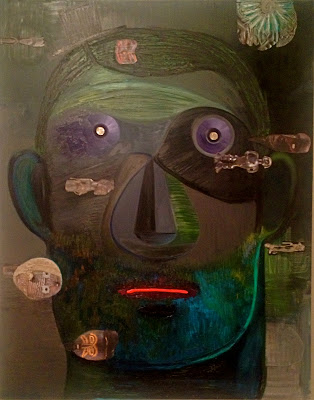 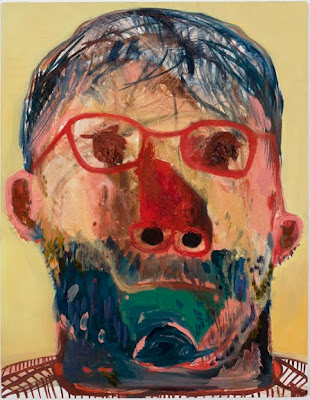 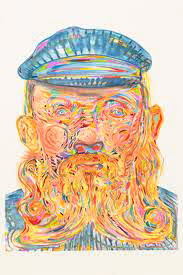 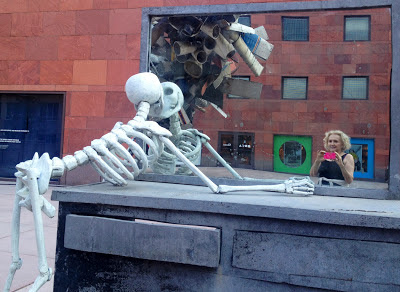 Hi Everyone,
I have not posted in a long time because I was so occupied with preparing for my last workshop at The Athenaeum, La Jolla, including producing some of my own work as examples!  It was titled "Art From Anything" and the students created some wonderful & unusual ART!  I would like, in this post, to show you some of the Artists that we looked at. It would not surprise me if many of them are unfamilar to you.
I hope that you enjoy seeing them.  Please make comments if you do! (or even if you do not) Thanks for looking!
Rivian

PLEASE ENJOY THE AMAZING WORK FROM SOME OF MY WONDERFUL STUDENTS!